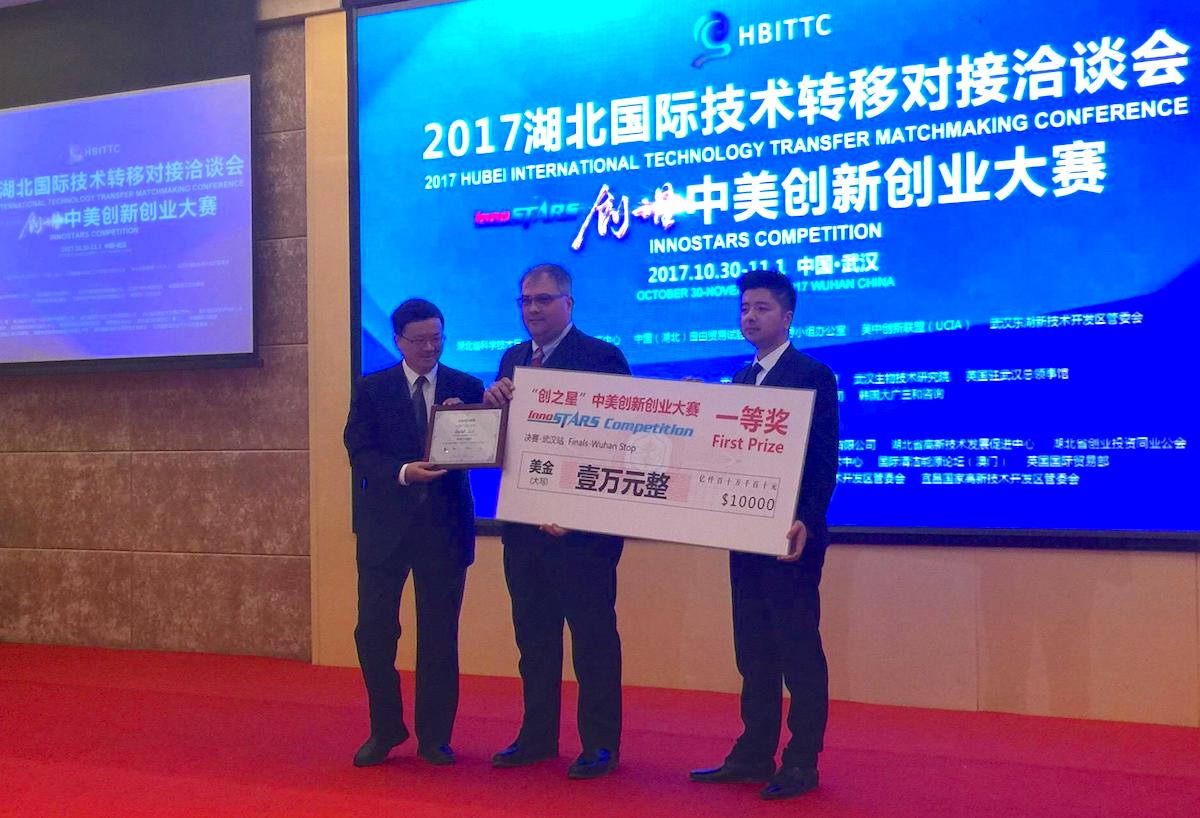 “Drylet is excited about the award it received today as it is a recognition of the large societal problem all nations face with biosolids pollution.  We are even more excited by the opportunity to be a part of the solution in China.  We expect in the coming years, China’s drive to address its environmental challenges will put it at the forefront of innovation – precisely where Drylet operates,” Erceg said.

Drylet was selected in the initial round when it won First Place in the Silicon Valley Division last May. Fifteen contestants competed in the Semi-Finals. Each entrepreneur was given a 5-minute pitch opportunity followed by a 5-minute Q & A session with an international panel of judges, many of whom were professional investors.

All contestants join in the roadshow that will take them from Wuhan to Changzhou, and Nanjing for the remainder of the week, with several meetings set up with potential investors and partners.

UPDATE (12/15/2017) : The plan has changed for the 2017 InnoSTARS Competition as the Final, originally scheduled in January 2018, has been cancelled. The Semi-Finals are considered the “Final” for this year, according to a statement by the organizers.