A major hog producer in Russia wanted to control odors and improve manure liquefaction in his operation. He enlisted ManureMagic for a six-month side by side test.

He selected two locations for the study, each with six nearly identical open-sided barns. Each barn had a pull plug pit that was emptied once a week into a lagoon.

Each barn contained between 1,000 and 1,200 pigs from the same source. He applied ManureMagic to six barns, three in each location, and nothing to the other six barns.

Over the next six months, the farmer noted improvements in the liquefaction of the manure and the odor in his pits, but he noticed something even more interesting at the end of the test.

Of the ~14,000 pigs in the test barns, the pigs in the barns treated with ManureMagic had a 1% higher survival rate. They also had a 5% higher weight gain and a 5% faster time to market.

The producer could not believe these results so he went back and double checked his numbers. Sure enough, the pigs in the ManureMagic barns grew up faster, gained weigh faster, and had better odds of survival than the ones in the untreated barns. These improvements resulted in the producer making an additional $17 per pig from the ManureMagic barns.

These differences were statistically significant as well. In fact, there is only a 0.02% chance of this outcome happening by random chance.

We normally sell ManureMagic to help producers reduce solids, prevent crust formation, or reduce odors. So, it’s a real pleasure when we learn that our product also helps improve their bottom-line.

For more information about ManureMagic, please visit our product page or contact us. 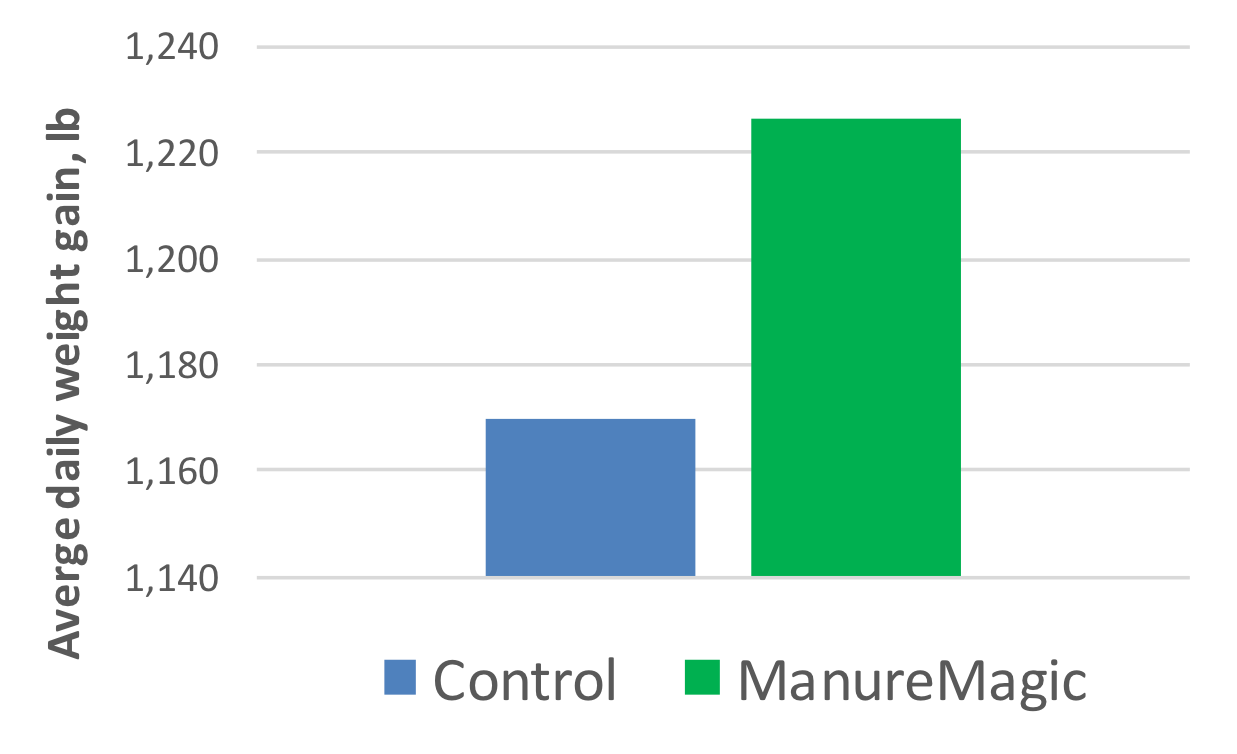 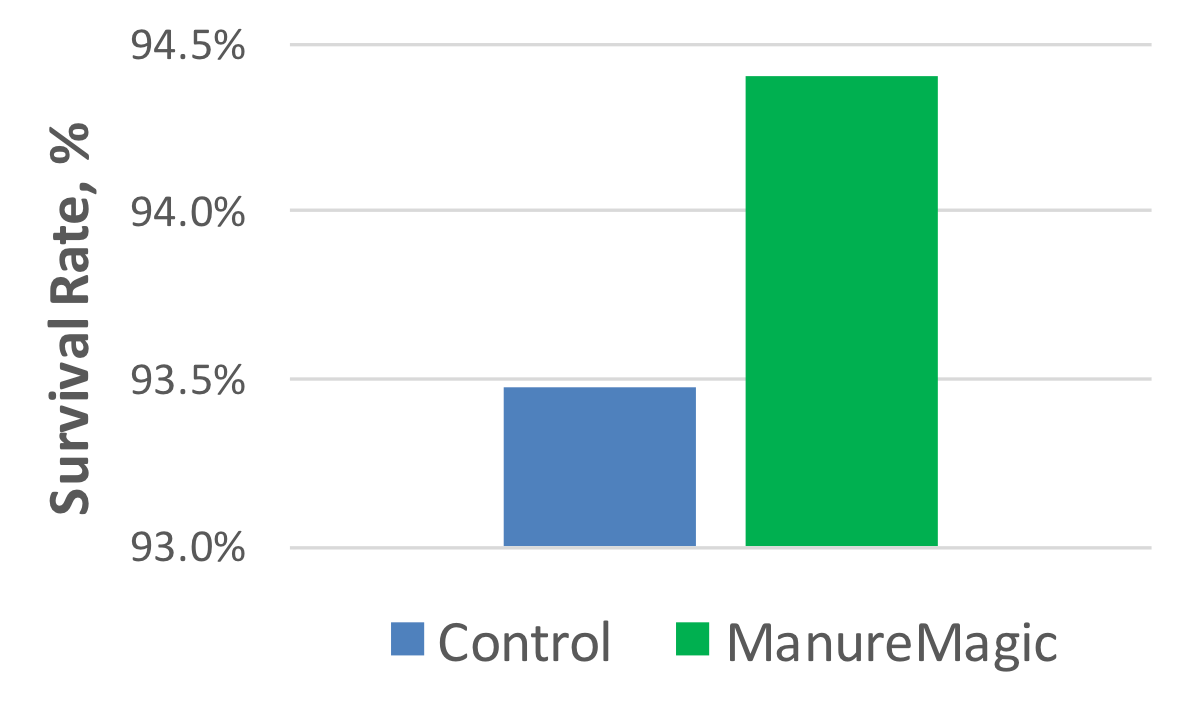